Good news for animals! Following years of work by PETA, China will soon allow many imported cosmetics and personal-care products—such as shampoo, body wash, lotion, and makeup—to be sold in the country without being tested on animals, as was previously required. This means that companies can soon take certain steps to market most of these products in China without being required to pay to have them force-fed to animals or dripped into their eyes.

How PETA Paved the Way for Progress

Nine years ago, PETA made a bombshell discovery that rocked the beauty world: Many formerly cruelty-free companies were quietly paying for deadly tests on animals in order to market their products in China. These tests involve force-feeding products to animals, smearing chemicals on their skin, or dripping substances into their sensitive eyes.

After exposing the companies’ secret support for testing, PETA and its international affiliates launched an intensive effort to change China’s testing requirements. Wanting to enhance familiarity with and support for non-animal testing methods and laboratories in China’s scientific community, PETA U.S. awarded two grants to the Institute for In Vitro Sciences (IIVS) so that its scientists could travel to China to provide their expertise and guidance on replacing cruel, unreliable animal tests with superior, non-animal methods.

The grants also allowed the IIVS to set up animal-free testing laboratories in China and create a coalition of cosmetics companies to support its efforts. Since then, the Chinese government has accepted a number of non-animal testing methods for cosmetics and has made critical changes to its animal testing requirements—the latest of which we hope will spare many animals’ lives.

These new regulations are a huge step in the right direction, but they don’t mean an end to all tests on animals yet. Here’s what you need to know about cosmetics testing requirements in China, what the current law actually means for companies that sell products there, and how you can help prevent animals from suffering in cruel experiments.

A History of China’s Animal Testing Regulations for Cosmetics

So, does this mean that all cosmetics sold in China will be cruelty-free?

Not exactly. Companies must take a number of steps and apply for the exemption to the animal testing requirements for imported general cosmetics. Companies that don’t take these steps or don’t qualify for the exemption will still be required to pay for tests on animals for their products.

Additionally, companies manufacturing special cosmetics are still required to pay for tests on animals. So, while the finalization of the animal testing regulations under the CSAR is an exciting milestone, animals used in experiments still need our help.

What does China’s new testing regulation mean for you as a consumer?

Do More to Help Animals Used in Experiments

The best way to persuade companies to stop using animals is to refuse to purchase their products and to write and tell them why you won’t be using their eye shadow, detergent, shampoo, etc. 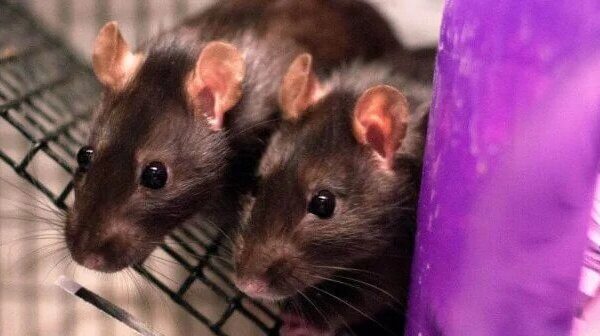